In 2005, one of HHA’s co-founders (Carwyn Hill) responded to a small post-it- note left on a notice board at a Christian conference. The note was written by the then President of The Baptist Convention of Haiti (Pastor Gedeon), who was in need of a bed having travelled to the UK and underestimated the cost of accommodation. Pastor Gedeon accepted Carwyn’s invitation and, whilst surprised to be hosted by a scruffy 21-year-old drama student, the two quickly connected.

Pastor Gedeon subsequently invited Carwyn and two friends, Jonnie Horner and Rodney Wilson, to Haiti. Whilst there they were touched by the tragic and completely unnecessary death of an 11-year-old girl called Julia, who died simply due to a lack of basic health care. Feeling challenged by God at the injustice of what they’d witnessed they decided to start HHA. The following gives a glimpse at what’s happened since.

A decade of disability care!

HHA celebrate a decade of disability care in Haiti with the 10 year anniversary of the Maison de Benediction respite home. Infrastructural upgrades for the Haiti hospital take place including more solar power, water filtration and waste disposal systems. New neonatal equipment arrives in Haiti marking the start of a wider and exciting new project to refurbish and build a new Maternity and Neonatal Unit.

In East Africa the CRADLE blood pressure project, for high risk pregnancies, extends to more refugee settlements in Uganda, and the other nutrition, education and disability responses continue. After several years being unable to implement projects in our target area of South Sudan (due to the civil war), HHA is able to return and assist 5 schools as part of an emergency response. 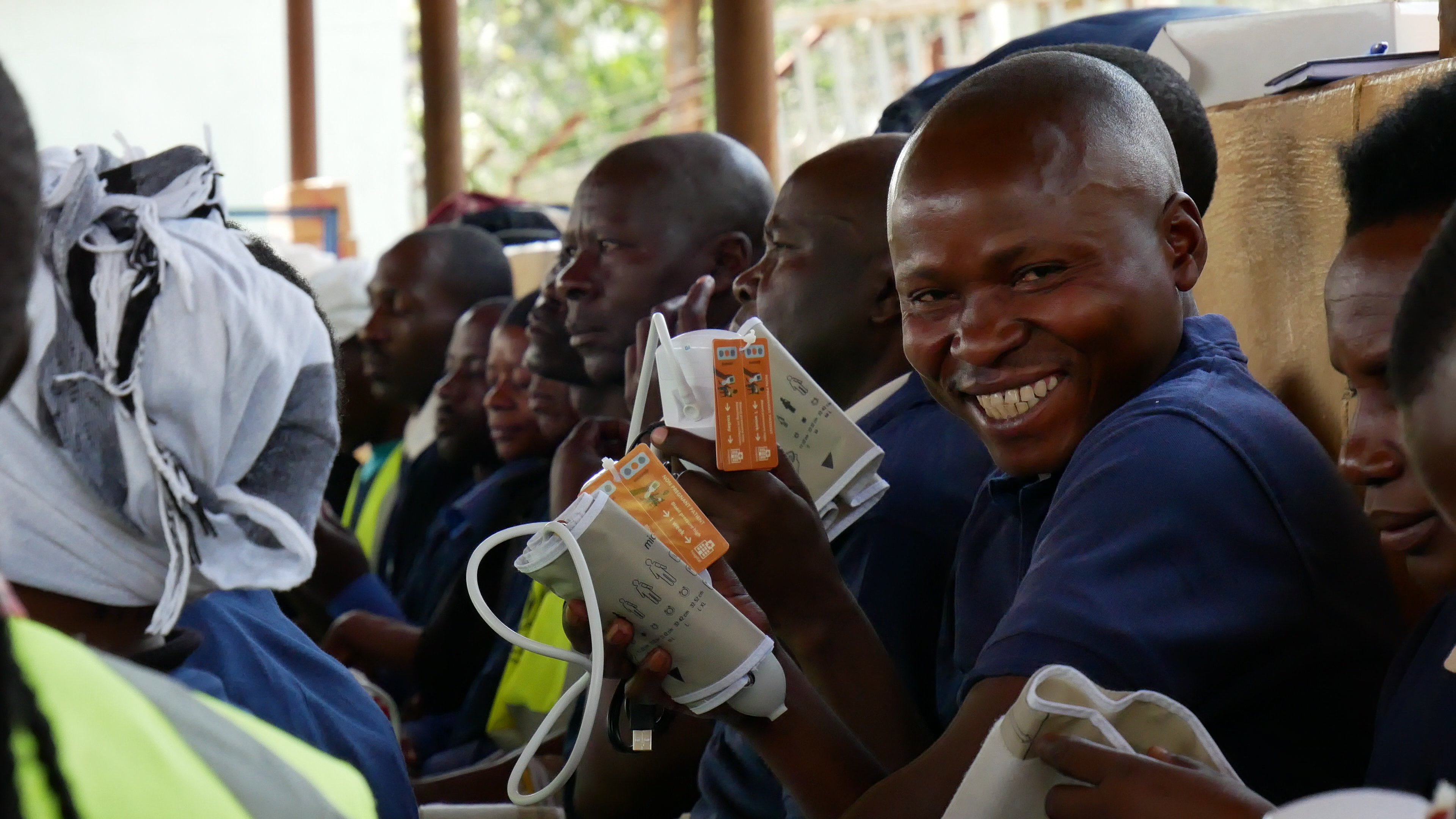 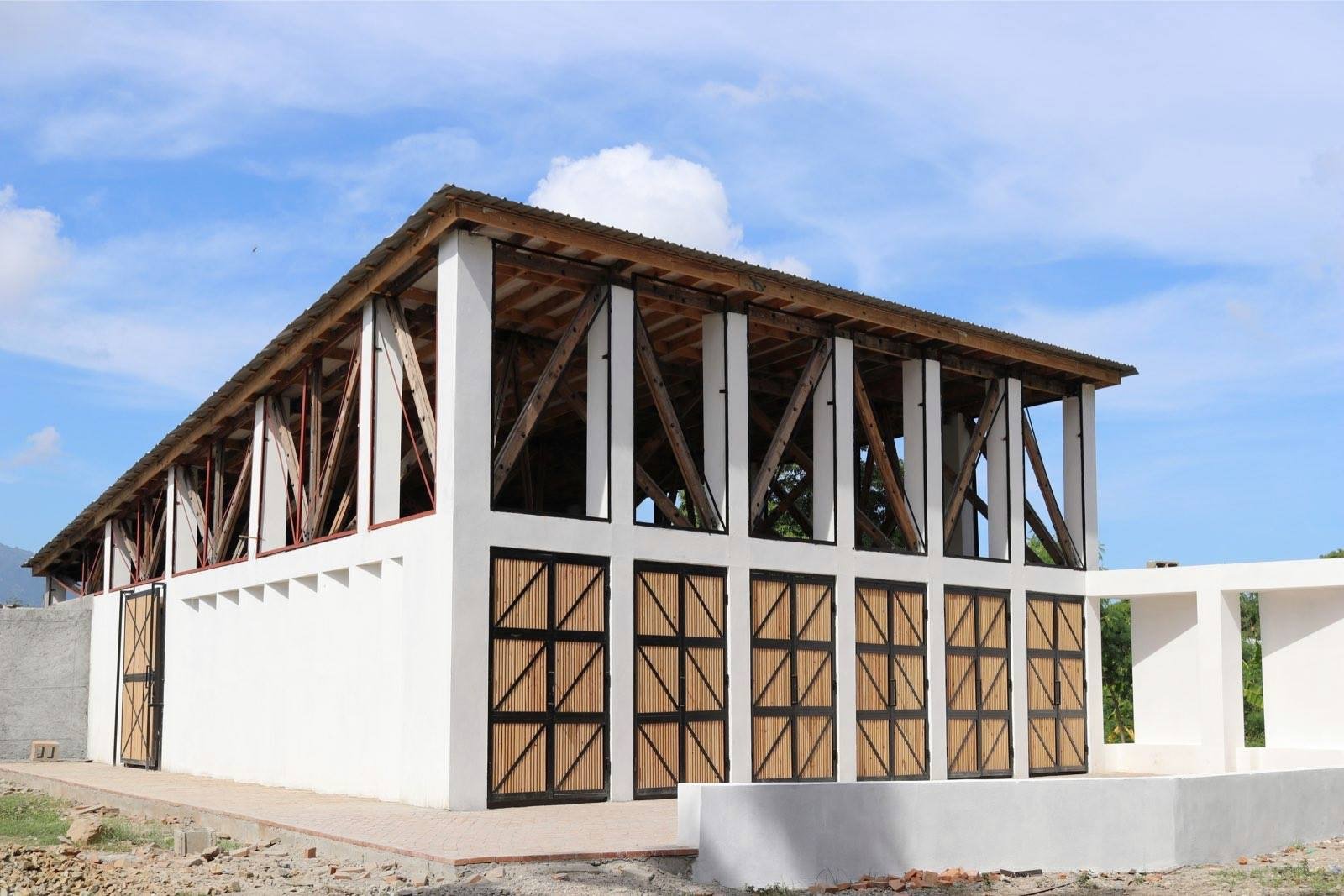 The hospital in Haiti now has its own award winning Chapel and a long-term goal is reached with the opening of a new radiology department. Alongside our continued work in Haiti, HHA East Africa grows significantly and provides a range of critical services to South Sudanese refugees in Uganda, through a number of key partners (please visit our project pages for a full list).

Our work includes providing wheelchairs through our Community Based Rehabilitation team, assisting a range of nutritional projects to tackle food insecurity and malnutrition, supporting high risk pregnancies in the refugee settlements through the CRADLE project and providing emergency relief to a number of schools supporting displaced children from the South Sudan war.

HHA and our partner facility, Hospital HCBH, celebrate 10 years of work in Haiti. Thanks to our incredible supporters and God’s faithful provision and grace, the empty field of 2007 is now a leading hospital, caring for over 20,000 patients a year and supporting 270+ Haitian staff.  Haiti Hospital Appeal becomes Hope Health Action with the vision to ‘Provide life-saving health and disability care to the worlds most vulnerable.’ We commence this vision by expanding our work beyond Haiti and launching in South Sudan and Uganda, responding to the growing refugee crisis. 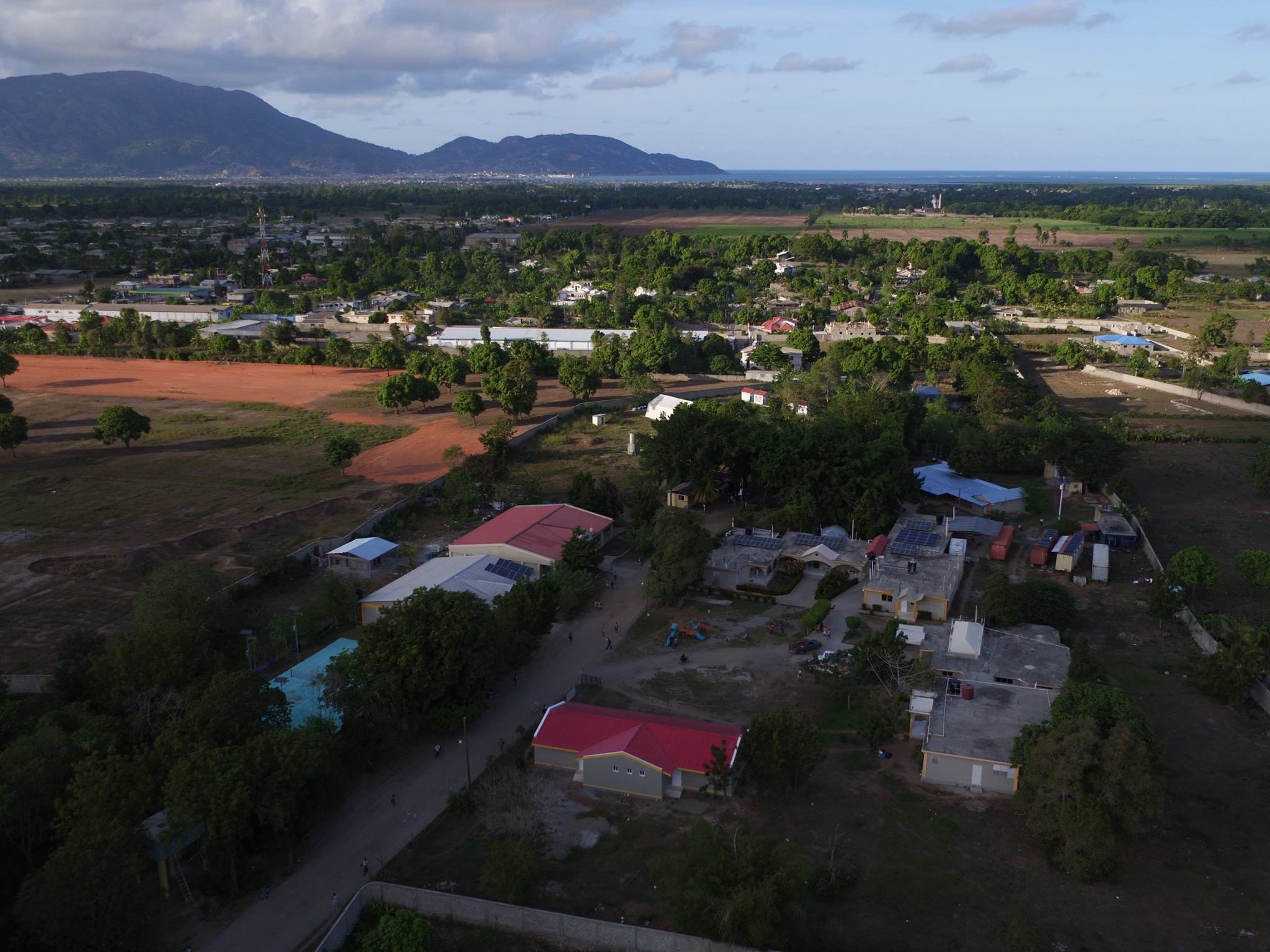 Our partner hospital in Haiti is now a 100+ bed facility, supporting over 170 Haitian staff and caring for thousands of patients.

As HHA approaches its 10 year anniversary (2017) the team are challenged by the health inequalities in other fragile countries and prayerfully consider whether HHA could replicate a similar vision in South Sudan. HHA carry out a needs assessment in South Sudan and feel challenged to respond as part of re-brand from Haiti Hospital Appeal, to Hope Health Action.

For many years the hospital has received critical emergency/trauma cases without an appropriate department to care for such patients. With support from the UN, HHA fund a new Emergency Department that can help meet the needs of road traffic accidents and other emergencies from northern Haiti. 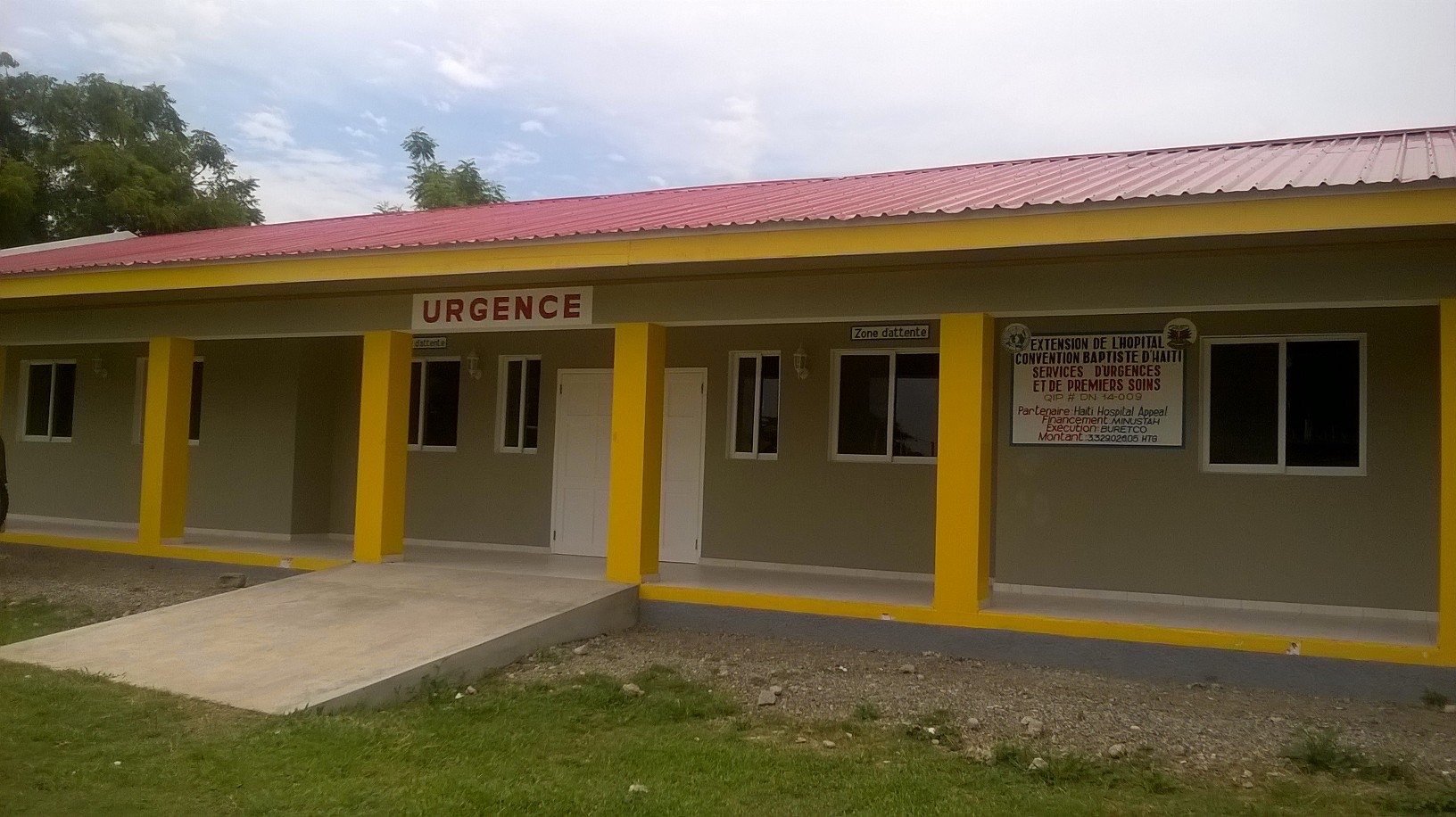 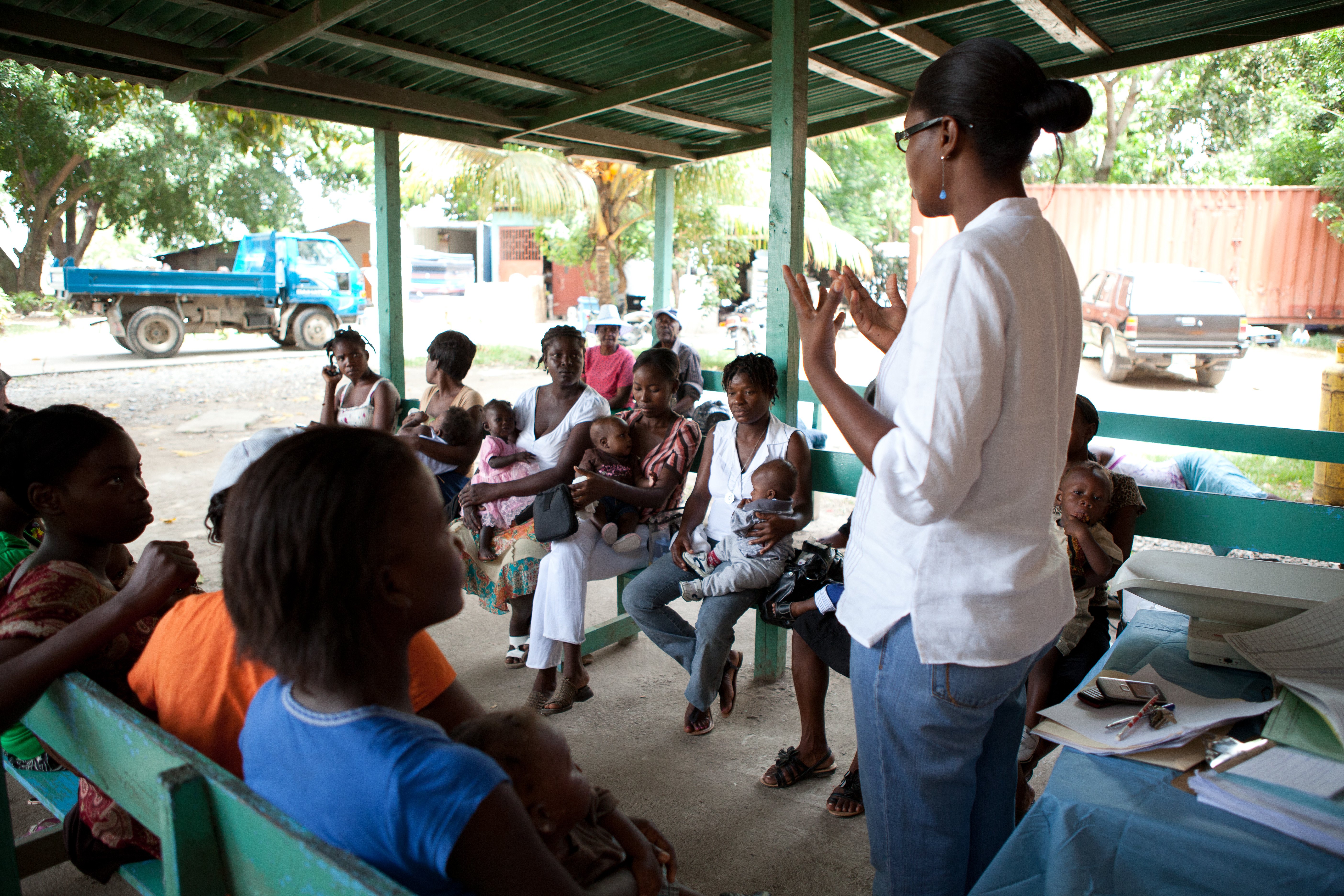 With our facility based work established, HHA recognise the significant need for better community health care. With UKaid funding we launch an ambitious community project with partners Konbit Sante, across northern Haiti. The project provides life-saving health care to women and children by training and employing 12 new Community Health Agents, equipping and empowering a network of over 80 Traditional Birth Attendants, and offering mobile clinics, community vaccinations and much more to the most marginalised areas of northern Haiti.

HHA provide valuable support to the growth of our partner hospital, through training and capacity building across medical and administrative departments. We provide materials, financial support for operational costs and a new 4x4 Toyota Ambulance to enhance the hospital’s emergency response. Patient numbers grow as the hospital evolves into a leading health facility in northern Haiti. 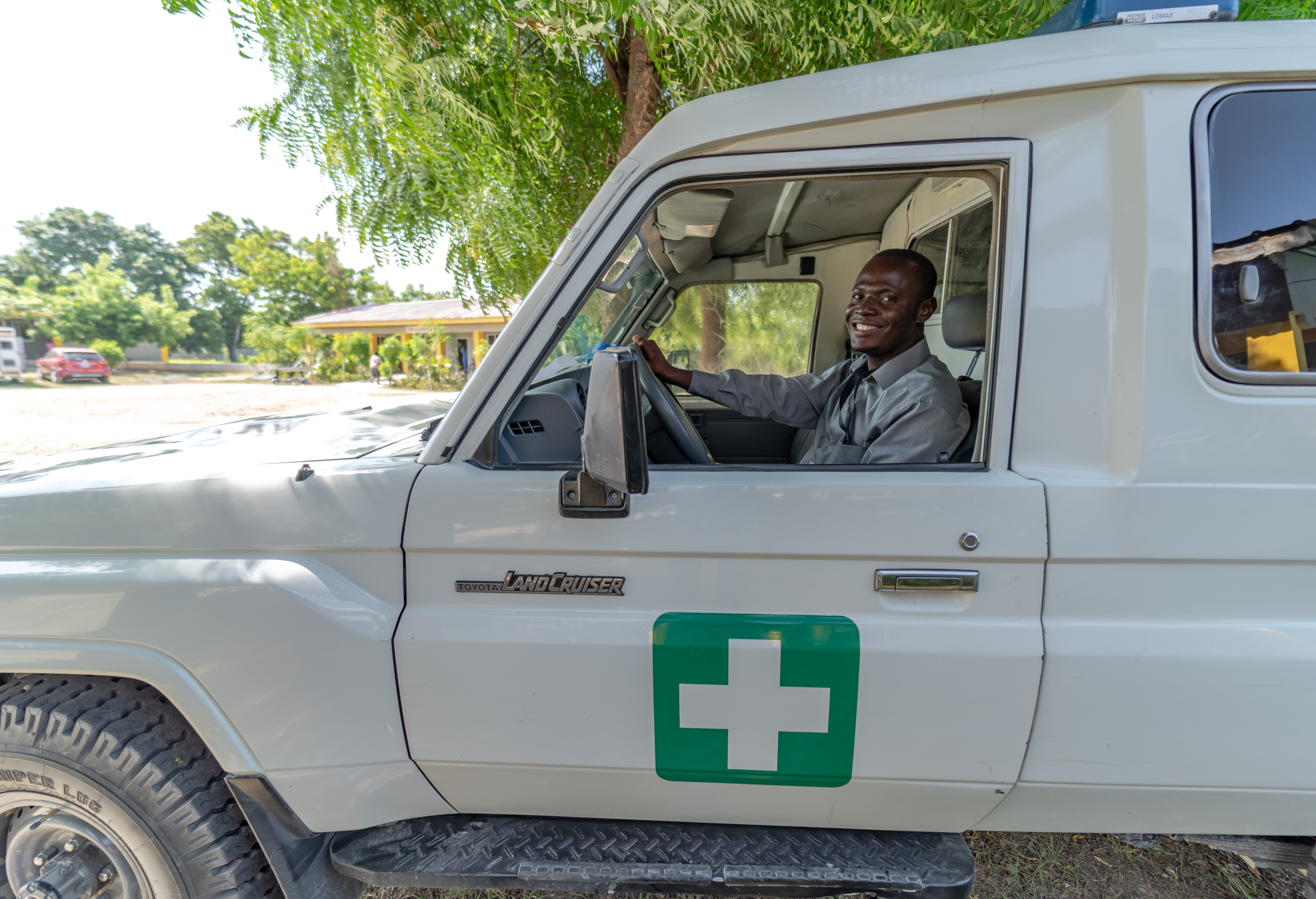 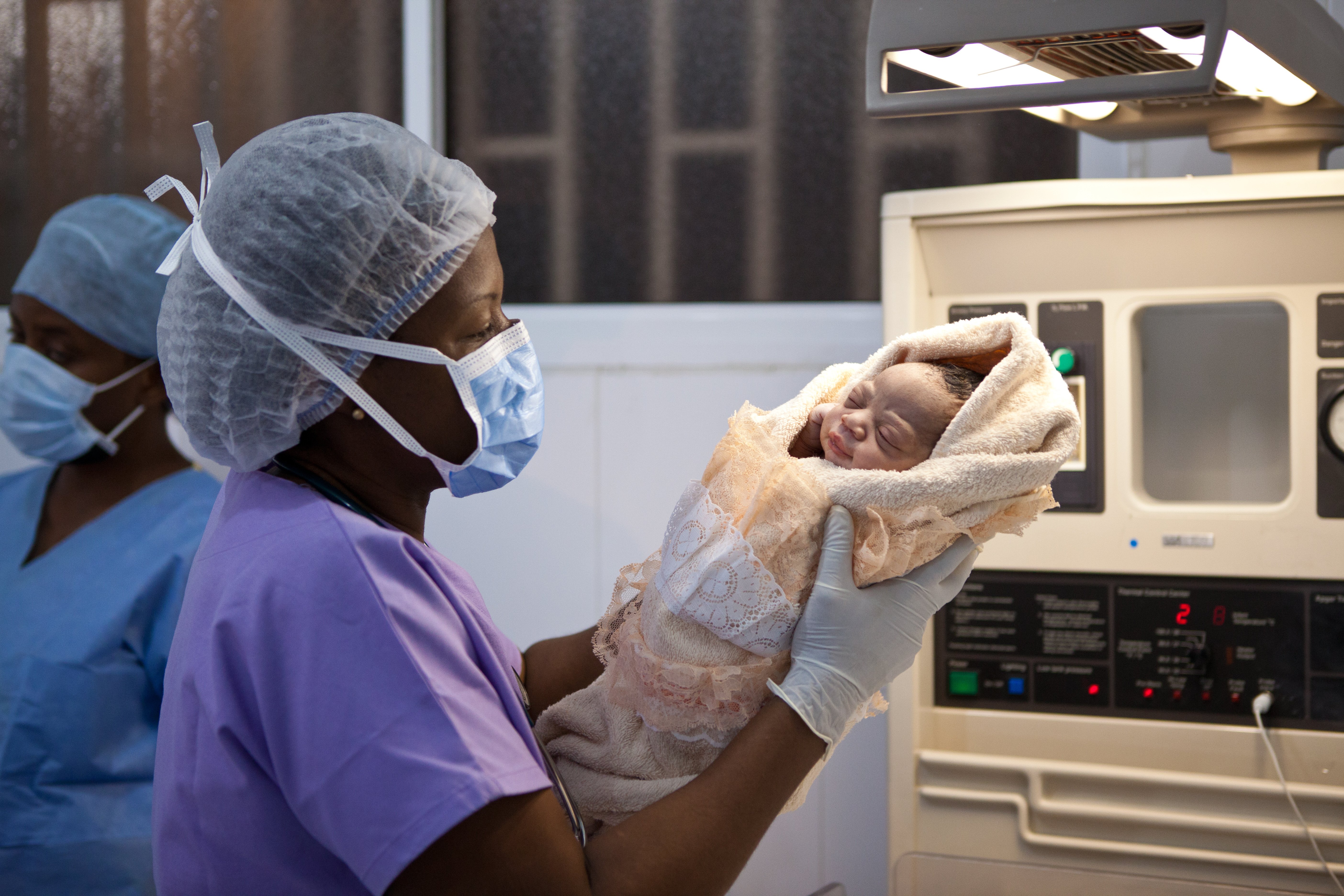 HHA open a Maternity, Neonatal and Paediatric Unit at our partner hospital

After many years of dreaming and with support from a range of partners, HHA and our partner hospital finally open a new Maternity, Neonatal and Paediatric Unit for northern Haiti. It has the capacity to provide 24/7 emergency obstetrical care and neonatal support for a country with few neonatal units.

Building upon our rehabilitation work, the UN also help fund a new Inclusive Sports Centre at our hospital to aid sports therapy and positive community integration. One of our rehab patients gets to represent Haiti with the Haiti NPC at the London 2012 Paralympics!

Recognising the long-term need for rehabilitation services across Haiti (not just from the earthquake), HHA partner with the UN, Swiss Paraplegic Foundation, Team Canada Healing Hands and Konbit Sante to open a new facility for patients with spinal cord injuries, strokes and other neurological disabilities. The unit has a 20 bed inpatient ward and also provides outpatient care. It soon becomes a leading referral unit for rehabilitation across the country.

With support from USAID we also launch a major community cholera prevention programme. This is one of 5 USAID funded projects that HHA implement in the coming years. 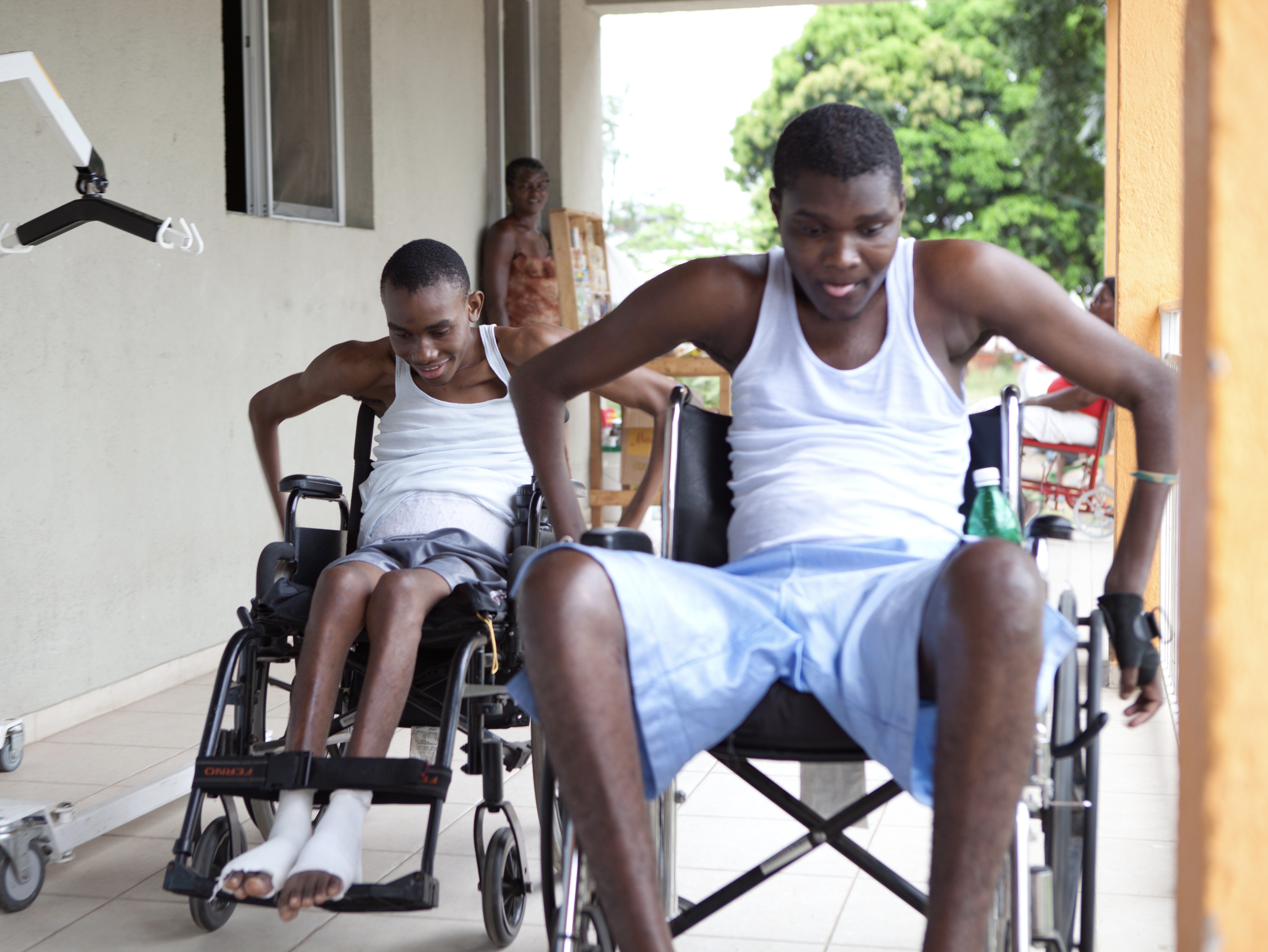 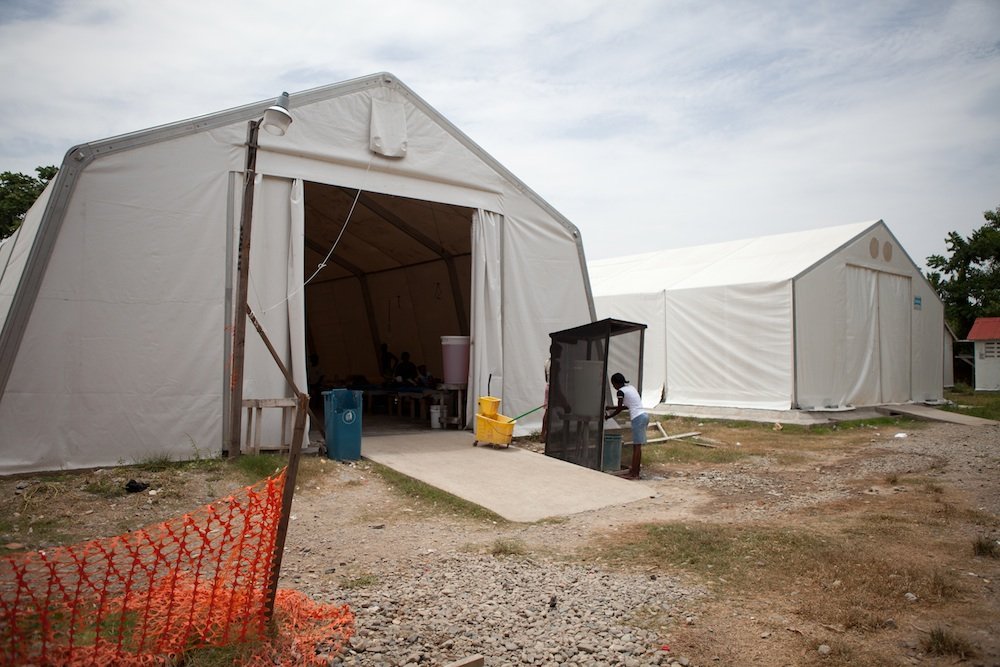 HHA respond to the devastating earthquake and cholera epidemic in Haiti

HHA respond to the devastating Haiti earthquake that impacts about 3 million people. Roughly 250,000 lives are lost and a further 300,000 injured. Some of the worst injured include those left completely or partially paralysed with Spinal Cord Injuries (SCI). SCI rehabilitation has never been done before in Haiti and HHA open one of Haiti’s first SCI Units to respond to the critical need.

In the same year Haiti faces one of the worst cholera epidemics to impact a single country in recent history. Partnering with MSF, Konbit Sante and the Ministry of Health, HHA help develop North Haiti’s largest cholera treatment centre at our partner hospital. In the coming years this centre saves thousands of lives.

HHA are challenged by the tragic story of an abandoned girl with Cerebral Palsy. Her life reflects the desperate realities of living with a disability in a country with almost non-existent support. HHA’s co-founders are challenged afresh by the radical love demonstrated by Jesus to the marginalised and the call for us to respond in the same way. HHA’s vision grows and a new respite centre for children with disabilities in northern Haiti is opened.

It's one of the few centres of its kind in Haiti and provides life-transforming support to local families, offering short-term residential respite care to children with a range of disabilities, whilst also empowering families to care for their children long term. 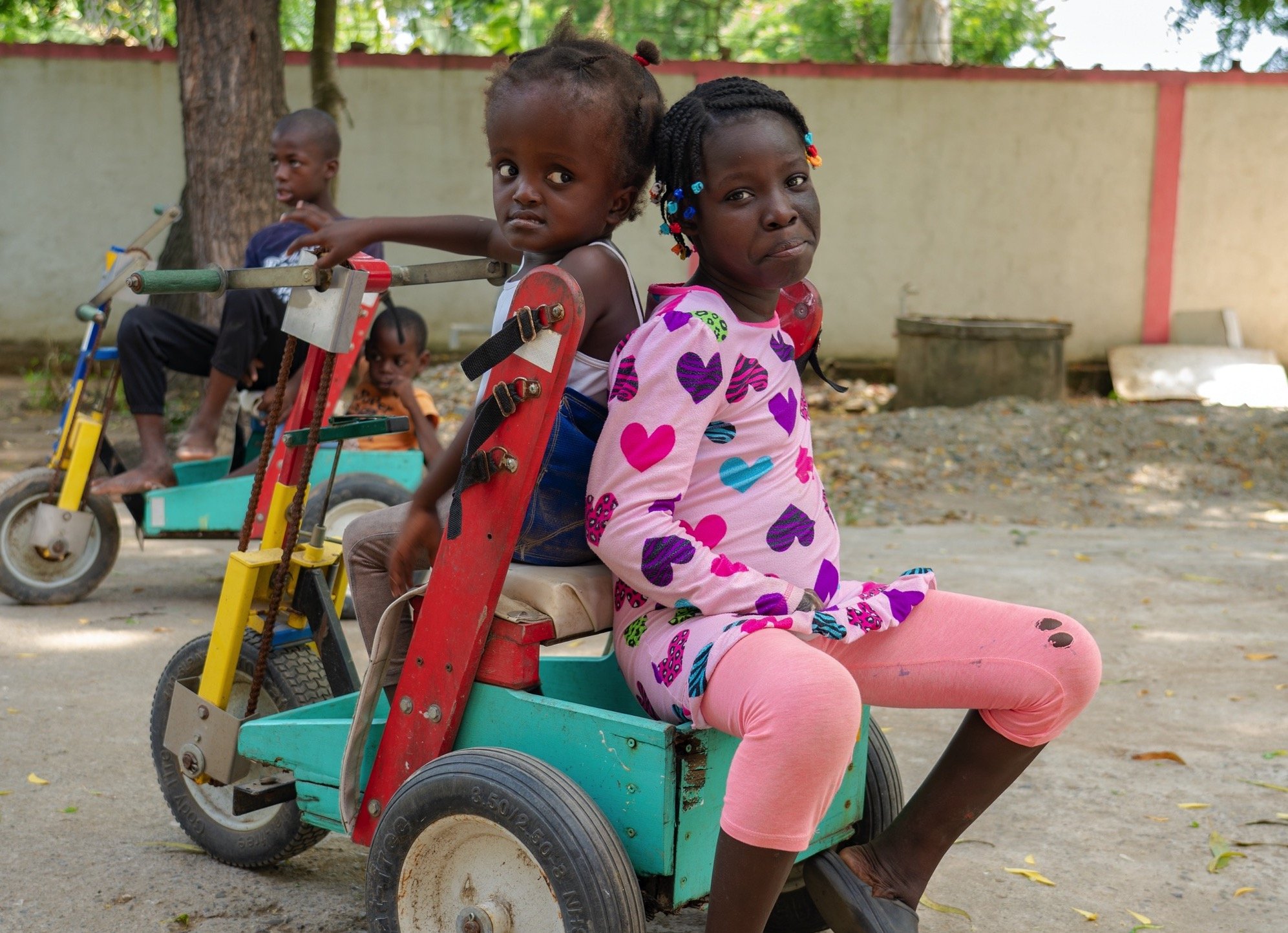 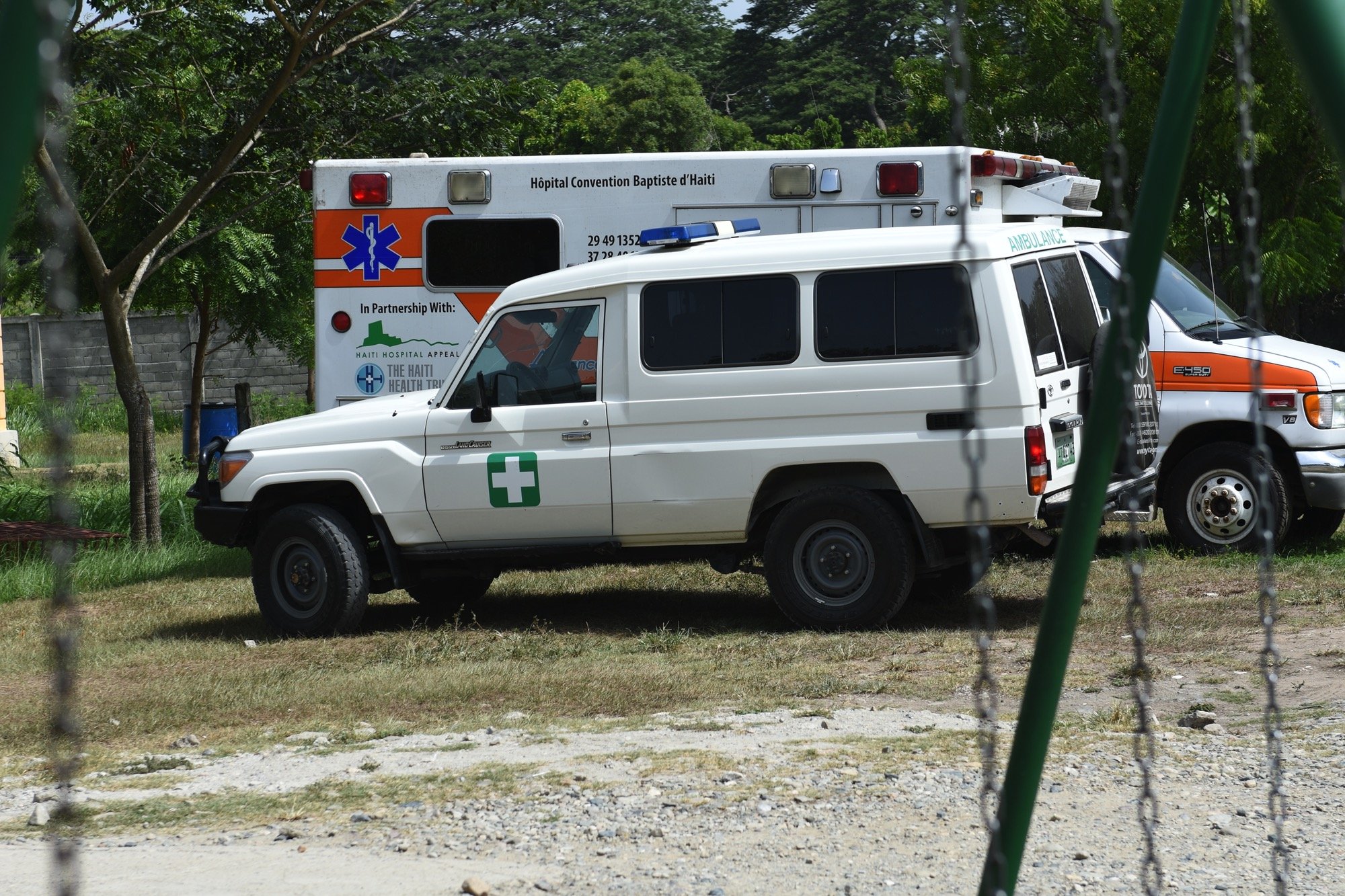 Whilst the health centre continues to do amazing work, it is evident that the area has a critical shortage of available and accessible ambulances to support the safe referral of patients. Thanks to a church and school, HHA fund a new 4x4 Toyota Ambulance, that becomes one of the few working ambulances in northern Haiti. It starts providing critical support to the health centre and plays an important role in HHA’s first emergency response to the 2008 hurricanes in Haiti that devastates the town of Gonaives.

After a year of fundraising, HHA have enough funds to partner with The Baptist Convention of Haiti and start supporting the dream in Haiti. It’s a vision to provide dignified, compassionate and accessible healthcare for all without any discrimination. An old derelict building is refurbished into a new community health centre and Hospital HCBH begins (Hospital Convention Baptiste d’Haiti). A local Haitian team are employed and patients start coming to receive health care.

Haiti Hospital Appeal is also registered as a Charity in the UK, as the momentum continues to build… 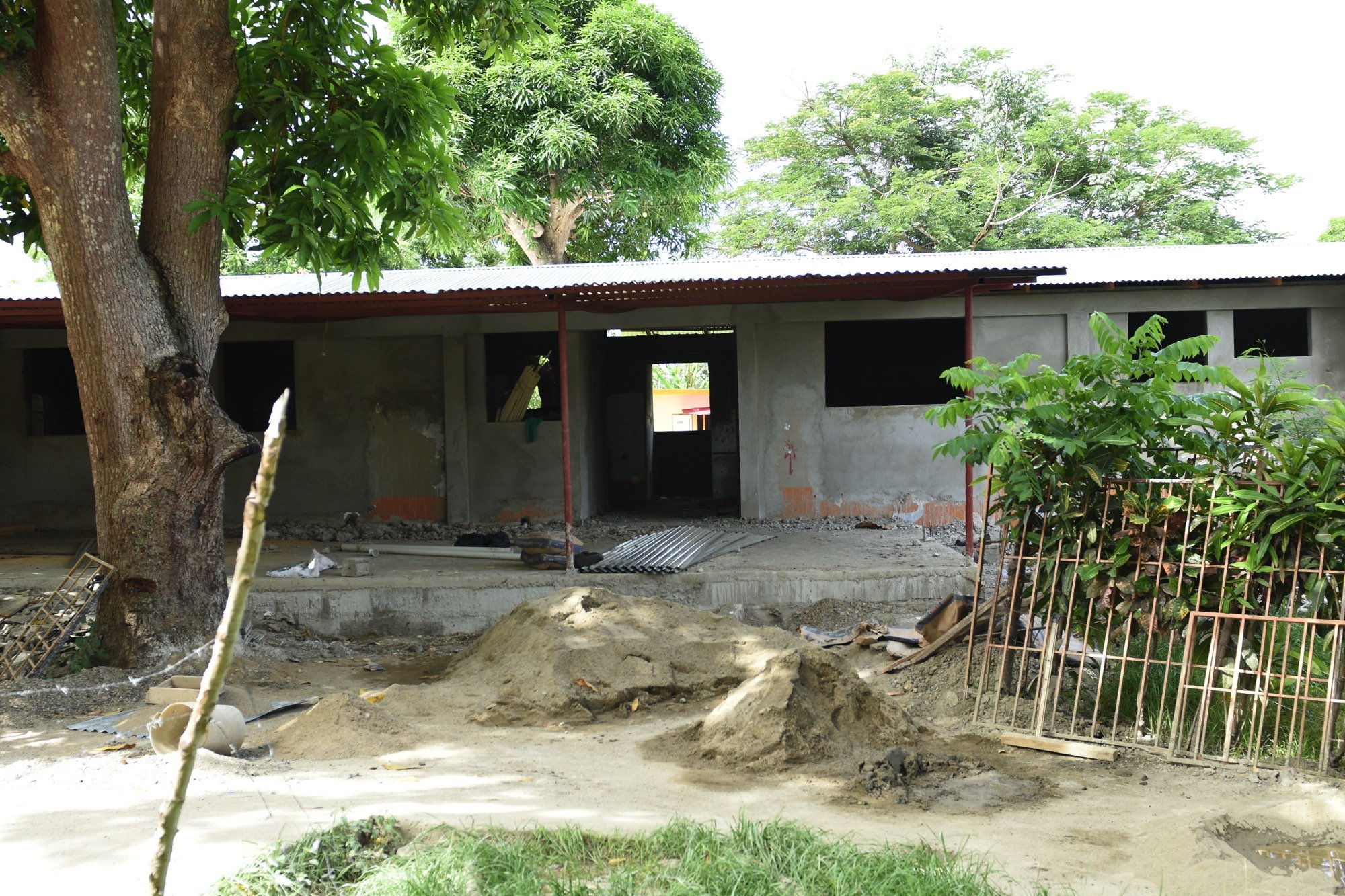 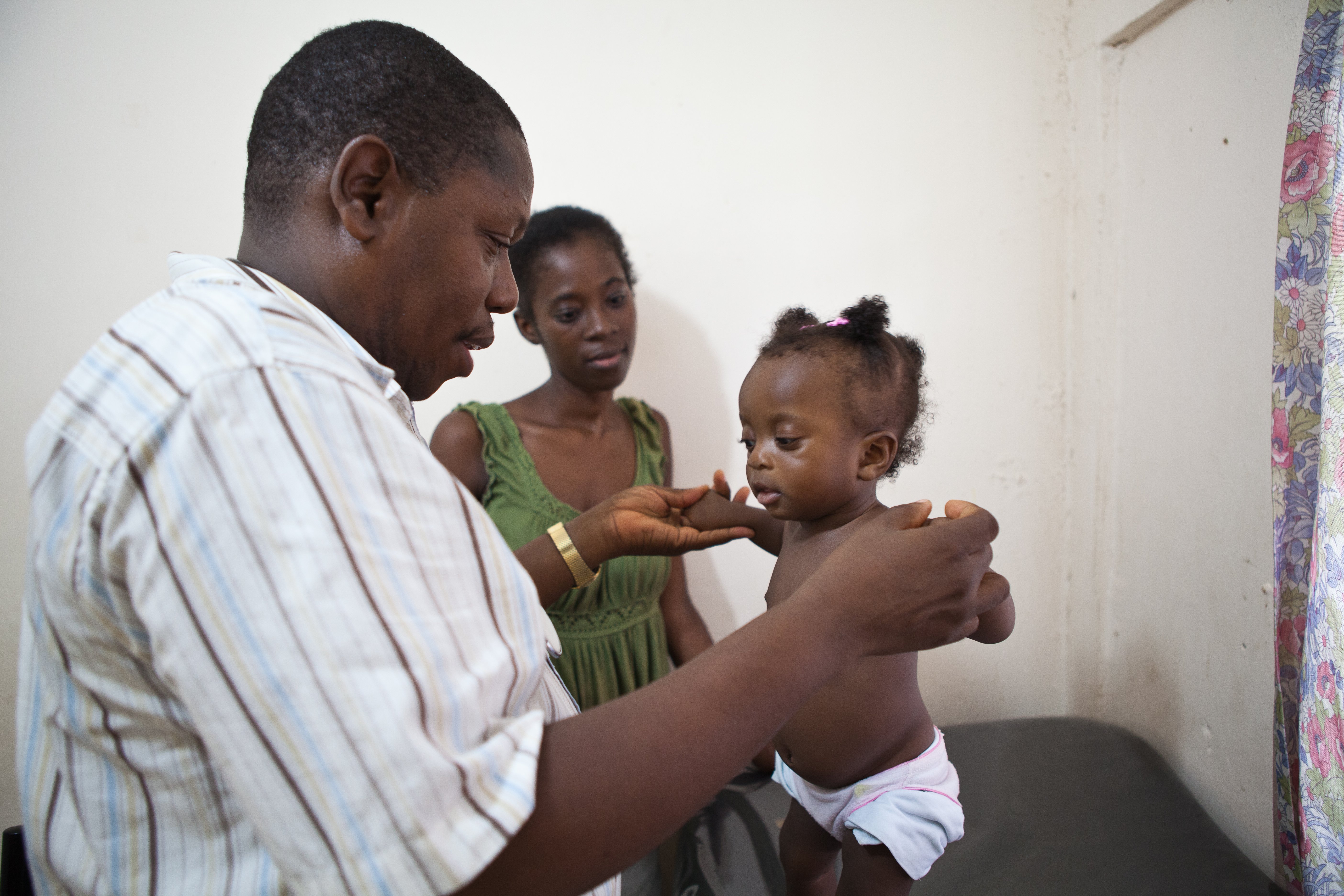 Haiti Hospital Appeal (HHA) begins in UK and starts fundraising for a new hospital in Haiti.

Jonnie and Carwyn return from Haiti, shocked having witnessed the tragic and completely unnecessary death of an 11 year old girl, who died due to a lack of basic materials. But, they also return inspired after hearing the vision of Pastor Gedeon and Dr Toussaint, a Haitian Paediatrician, who both have a dream for a new hospital in northern Haiti to help overcome such injustices. Jonnie and Carwyn are challenged by the call to radically love others as Jesus did and know they need to try and respond…

A small team in the UK start Haiti Hospital Appeal and fundraising begins to support this vision…alongside a lot of prayer!

Co-founders, Jonnie Horner and Carwyn Hill, visit Haiti for the first time where they are challenged by the injustice of healthcare in Haiti.

The journey starts after HHA’s co-founders respond to a small post-it-note left on a notice board at a Christian conference in the UK. It’s written by a Haitian Pastor (Pastor Gedeon) looking for a bed for a few nights. Pastor Gedeon comes to stay and an amazing friendship is formed, alongside a new understanding about Haiti. Challenged by the conference's call to respond more radically to extreme poverty and the momentum around the 2005 ‘Make Poverty History’ campaign, Jonnie and Carwyn travel to Haiti, an experience that changes their lives. 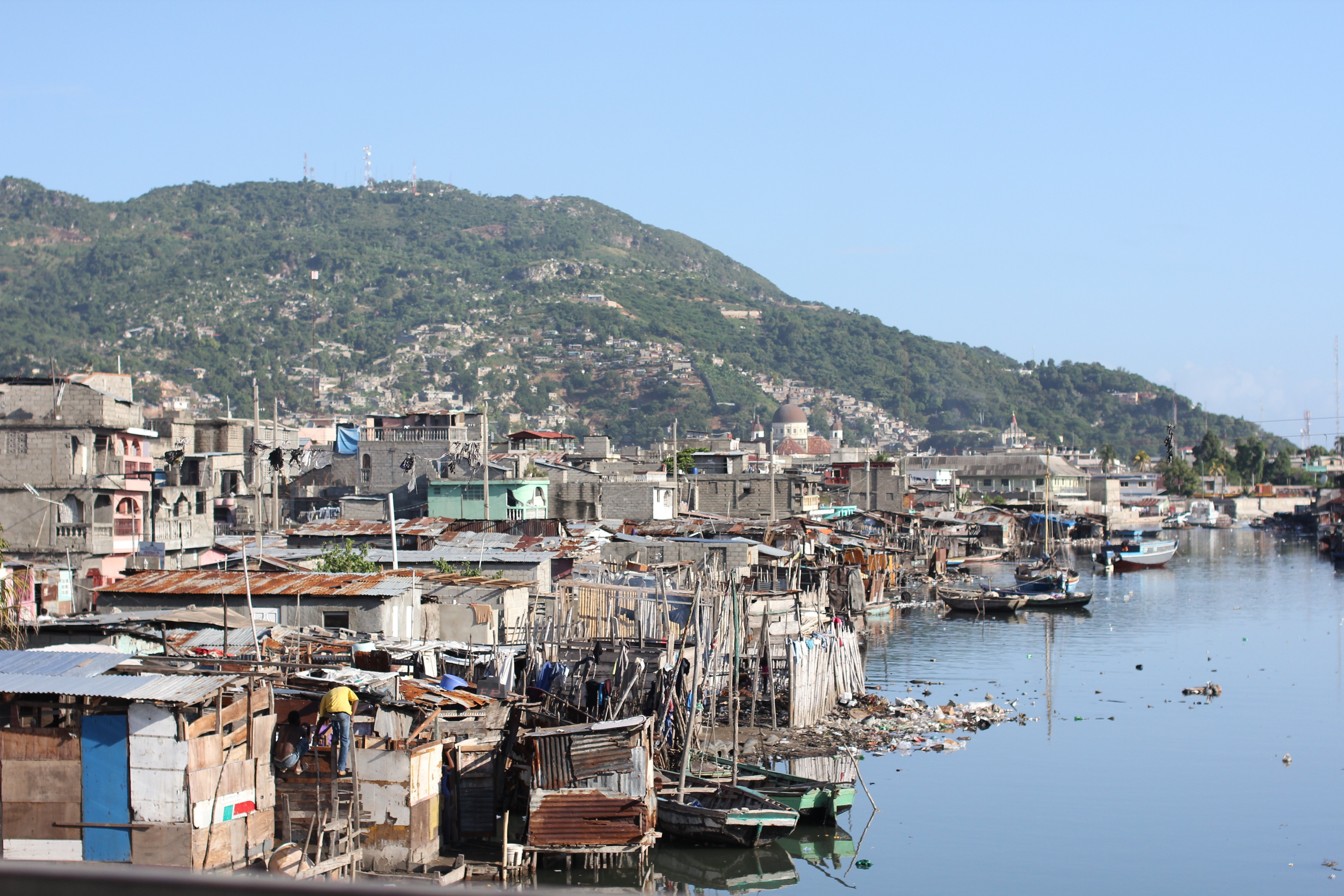