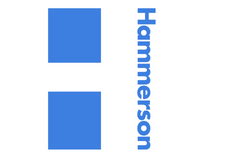 An inspiring partnership that transformed the lives of thousands of adults, children and babies in Haiti

WHY WE WORKed TOGETHER

From 2010 to 2017, Hope Health Action partnered with Hammerson - major British property development and investment company. Senior staff at Hammerson had learnt of the devastation caused by the 2010 earthquake in Haiti and felt compelled to provide support to those affected. Inspired by the work of HHA and the potential to do more, a partnership was launched with the goal of saving and improving the lives of as many individuals as possible.

Generous financial support and dedicated fundraising by Hammerson staff over the first six years of the partnership enabled a wide range of HHA’s work;

In addition, three teams made up of Hammerson employees from all areas of the business visited Haiti in 2011, 2014 and 2017, working hands-on over a range of projects including the building of a sensory garden at HHA’s respite care centre for disabled children, Maison De Benediction.

In 2017, Hammerson entered their seventh year of partnership with HHA which coincided with HHA’s 10th Anniversary and Hammersons 75th. To mark both milestones, a company-wide fundraising initiative was launched by Hammerson’s CEO: The Anniversary Appeal.

The appeal inspired and united Hammerson employees across the UK in a common goal; raise enough money to support long term projects in both Haiti and East Africa.

Employees took on an incredible range of fundraising challenges, including HHA’s London to Switzerland 1,000km Hand-Cycle Relay, a ‘50km in a day’ walk, a 114 mile one-day cycle challenge and even a 12 day trek to Everest Base Camp! Alongside these challenges, shopping centre teams hosted collections, bake sales, raffles and competitions, all contributing towards fund three major HHA projects; 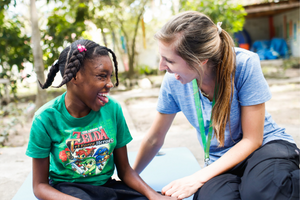 Why Partner with us

Saving lives is just one of many benefits of a partnership with HHA. 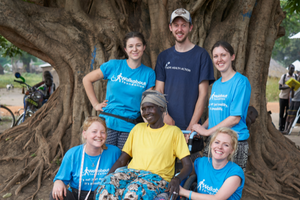 Our corporate partnerships are the backbone to saving more lives around the world. 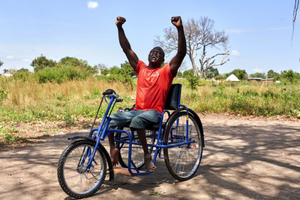